Over the last several years, trends for the return on your investment dollars have been mostly holding steady. These five items are the top ones to consider if you’re planning a remodel:

This year it’s number one on the list, though it was ranked second in both 2019 and 2018 for percentage of cost recovered. At an estimated $9,357 for the average stone veneer project, you’ll see an average of 96% return.

Bumped from the number one spot in 2018 and 2019 to a still respectable second place, garage doors will provide an average of 95% return for your average $3,695 project. Garage doors can change the entire face of your home, so they’re a great choice for a quick facelift.

It’s no surprise that a nice kitchen can pay for itself, but you have to be very careful in how you spend your money. A minor, mid-range kitchen remodel might include small updates like replacing the drawer and door fronts, hardware on cabinets, as well as new appliances, flooring, sink and faucet, plus a fresh coat of paint. That’s estimated to cost about $23,452 this year, but the return on it will be about 78%. This is also one of those items that could push a buyer to choose your home over another, so there’s value beyond simple dollars and cents.

In the past, Remodelling Magazine has grouped all major siding types (excluding stone veneer) together, but this year it has separated them into two categories: fiber-cement and vinyl. Both are popular, durable choices for a home, and both return quite well. Fiber-cement should recoup about 78% of the $17K bill; while vinyl returns about 75% of an estimated $14,359.

Replacement windows can be a huge selling feature, especially if your home is in a neighbourhood where a lot of houses still have their original windows. They can be ordered with a myriad of design elements to make them just as charming as the windows you’ll be replacing, down to the tiniest details. You’ll be looking at a cost of around $17,641 for the project, but you’ll recover about 72% of that when you sell your home. As a bonus, the new homebuyers will have plenty of incentive to choose your home, since energy efficiency is still a major decision point.

Caring and connecting with my clients is the most important aspect of my job. When you make the important decision to buy or sell a home, I am committed to going the extra mile to ensure that all your needs in and around a particular neighbourhood are successfully met in a professional and honest manner. You will find me to be an enthusiastic, concerned, and honest professional with a genuine commitment to providing unsurpassed Real Estate SERVICE.

Never Miss a thing in the Greater Victoria area! Sign up to get fun, upcoming events delivered to your inbox weekly. 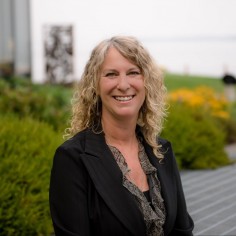 Connect with me on:

All information displayed is believed to be accurate, but is not guaranteed and should be independently verified. No warranties or representations of any kind are made with respect to the accuracy of such information. Not intended to solicit buyers or sellers, landlords or tenants currently under contract. The trademarks REALTOR®, REALTORS® and the REALTOR® logo are controlled by The Canadian Real Estate Association (CREA) and identify real estate professionals who are members of CREA. The trademarks MLS®, Multiple Listing Service® and the associated logos are owned by CREA and identify the quality of services provided by real estate professionals who are members of CREA.
REALTOR® contact information provided to facilitate inquiries from consumers interested in Real Estate services. Please do not contact the website owner with unsolicited commercial offers.